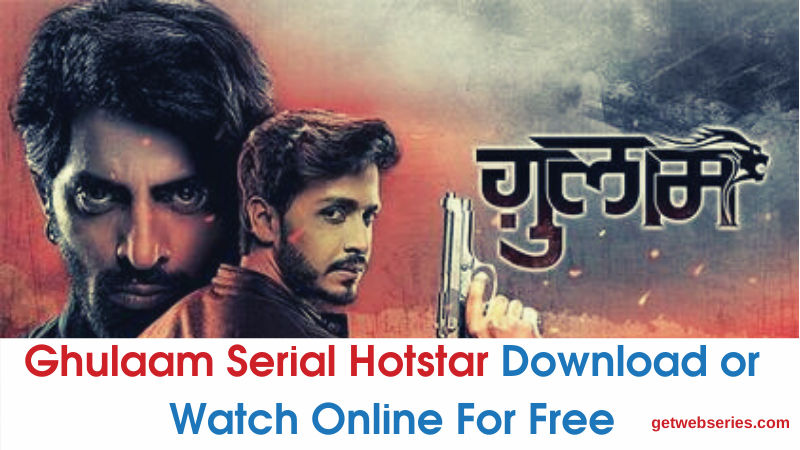 Ghulaam is an Indian crime thriller action-packed T.V Serial which was released on 16 January 2017. Rajesh Ram Singh directed this serial. This web show was shot in the Haryana- Delhi border. Ghulaam serial will represent the present problems which are faced by the girls. You can see Param Singh Niti Taylor and Vikas Manaktala in the main lead of this serial.

All actors in this series are very familiar and exciting. All actors have done great acting in this T.V serial. This show has very famous, and popular star cast like:

The storyline of Ghulaam serial revolves around a district which is near the Haryana- Delhi border. In this district, girls are treated only as useless things. Ghulaam show explores the dire conditions of the district’s society. So, let’s start the storyline of this serial.

The story starts with Rashmi, and she is a friendly nature girl. Some goons of Bhishma Pratap are kidnaping her. Without Rashmi’s decision, she got married to Bishma’s youngest son Chaudry Bishma Pratap. His elder brother Veer loves to torture the girls. He tortures the girls, and to shut their mouth; he burns their mouth with burning charcoal.

On day Rashmi’s ex-fiance Raghav, an Army officer attacks on Bishma’s family with his troops. But because of Rangeela Bhishma, his family was saved. Bhishma gives the order to get some help from the minister, and Shivani goes with him.

After some weeks they went to Delhi to find a girl for Veer. Rangeela suggests Bishma that Veer marries with Shivani. A few days later, Veer and Shivani get married, and Veer starts torturing her.

Ghulaam serial will take you through a journey of how Shivani convinces Rangeela to get married to him? This show talks about the condition of women and how they are handled in Berhampur.

Because of its excellent direction, soundtrack, and acting this T.V show is worth watching. You will be very entertained while watching this indian thriller serial, and every episode has more entertaining moments. Every episode of this show is a full action-packed scene.

Ghulaam show is not for those audiences who are looking for feel-good or escapist drama. This serial will not take any time to digest the violence. You will quickly understand its plotline.

Is there any online stream availability of Ghulaam serial?

Ghulaam serial is available and streamed on Hotstar. All episodes are available online. So, now we are going to tell you about the online availability on the Ghulaam show.